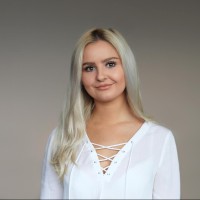 Acknowledging Women’s Equality Day on August 26th, being the only female Front-End Developer at Kolodo, I’m here to explain that girls can make it in this industry.

Hi, I’m Hannah and I’m a Front-End Developer here at Kolodo. Having studied IT & Multimedia Computing at LJMU, I am now enjoying post-graduate, working life. Being the only female developer in the team, here at Kolodo, I am breaking the stereotype.

Let’s start with that age-old question. ‘So what do you do?’ It’s the million-dollar question that is nearly always followed up with a look of shock when I reply: “I’m a Front-End Developer”.  Silence. Stunned. Shocked. Honestly, I can never understand why people appear to be so outwardly shocked. Am I not a ‘typical’ developer? What exactly is a typical developer?

Well, I’ve got news for these people… Times have changed!

There are many areas in which the gender gap is closing, and whilst women still have a long way to go in achieving true equality and parity, we can now vote, join the army, and hold public office – Our possibilities are endless. However, the main point that I want to focus on in this article, is the evolution of women in the tech industry. In the last century alone, us women have, will and can break the ‘rules’ and push boundaries within the digital sector.

Female pioneers within the tech business…

Not many people know that some of the first and most iconic contributors to modern technology were in fact female. Some examples of these powerful women include Ada Lovelace, the first woman to write a computer algorithm and Grace Hopper, a computer scientist and one of the first programmers on the Harvard Mark I computer. The achievements of these women and many like them have set the tone for the development of the tech industry. Other women around the world are now following in their footsteps and making a breakthrough in tech.

Whether you’re male or female, interest is the main element that drives you.

There is no direct evidence to prove that males are better suited, in terms of biology or intelligence, to work within web development. It’s the suspected difference between men and women in their mathematical and spatial abilities that has led people to wrongly make the connection that men are better suited to tech-related work.

Everyone knows that interest is the main element that drives you towards choosing a subject to study or a career path. This is also where men and women typically differ, it is thought that men prefer to learn about processes whereas women are more interested in people. Thus assuming that men are more likely to enter into the STEM (Science, Technology, Engineering, Math) sector.

This is however not the case.

Over the past 4 decades, there has been a significant increase in the number of women joining and being welcomed into the STEM fields. This indicates the beginning of a strong wave of women being better represented amongst traditionally male-dominated roles and industries.

The reality is that, now 74% of girls, like myself, express a desire for a career in STEM fields, and as the years go on I sincerely hope that this will continue to increase and keep on growing.

Working as part of the male-dominated development team here at Kolodo, I feel as though the gender gap is already closed. I have been welcomed with open arms and have totally fitted in within the team, being treated fairly and as an equal in terms of workload and tasks. So here I am, living proof that girls can make it in this industry! Girl power!