Google to revert back to previous meta description length

Google to revert back to previous meta description length 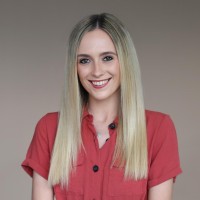 You may remember Google’s recent update in which meta descriptions were increased by up to 65%. Today, they’ve reverted that change.

Back in January it was announced that Google would be increasing the length of their meta descriptions by up to 65% to allow for more descriptive and useful snippets, enabling people to better understand how pages are relevant to their searches.

Today, that change has been reverted as Google confirm the length will be shorter, albeit variable. Research conducted by Moz shows that most meta descriptions are now about the same length as they were before Google increased the number of available characters. Whilst there’s no characterised limit, snippets appear to be fluctuating anywhere between 150 and 170 characters.

In a statement, Google’s Danny Sullivan confirmed the change:

“Our search snippets are now shorter on average than in recent weeks, though slightly longer than before a change we made last December. There is no fixed length for snippets. Length varies based on what our systems deem to be most useful.”

So, what does this mean for you?

If you’ve made your meta descriptions longer than 155 characters as per the change in January, we’d advise shortening them to adhere to Google’s new rule. In most cases, Google will not show the long descriptions anymore. If you decide to rewrite them, its worth keeping in mind that it’s best to start with the most important information first. That way, if the length changes again, you can be confident that the most important information won’t be cut off.

If you need any help with your search engine optimisation strategy, or wish to discuss your website with our specialists, give us a call on 0800 084 3086 or email us at hello@kolodo.com.